This article illustrates a case where an implant was placed immediately after extraction using the Socket Shield Technique. Retaining the buccal fragment of the root during implant placement does not appear to interfere with osseointegration and may be beneficial in preserving the plate of buccal bone and the contour.

Tooth extraction is often accompanied by resorption of surrounding tissues, immediate implant protocols after extraction can provide a pleasing aesthetic result with good function in selected situations, but not on a predictable basis and have a higher risk for mucosal recession and volume loss.

Hürzeler et al. have reported a novel approach to preserve the soft and hard tissues following tooth extraction without the use of biomaterials (Hürzeler, Zuhr et al. 2010, Baumer, Zuhr et al. 2015). The authors propose the retention of a buccal root segment during immediate implantation to prevent alveolar bone loss following tooth extraction. socket shield technique prevents the remodeling of hard and soft tissues after extraction by keeping them attached to the socket shield, in another words keeping the structures which are the components of periodontium in the buccal aspect of tooth or root undamaged when planning to extract the tooth and placing the implant, so implant would be inserted behind the buccal tooth fragment which is left intact to the buccal plate of bone, the thing that would enhance the aesthetic outcome of implant borne prosthesis.

In the following case report, a 35-year-old male patient was treated with a single tooth implant in the maxillary central incisor (11) region. The patient was a non-smoker and did not present any relevant medical conditions. An implant was placed immediately after extraction using the Socket Shield Technique. Retaining the buccal fragment of the root during implant placement does not appear to interfere with osseointegration and may be beneficial in preserving the plate of the buccal bone and the contour.

The primary indication for tooth extraction was a fracture of the crown at the cervical region. Without lifting a mucoperiosteal flap or affecting the marginal gingiva, the fractured portion of the tooth was carefully removed. A 1–2mm thick tooth fragment in the buccal area of the extraction socket was separated from the rest of the tooth using Zekrya 28 bur (Strauss) with saline + ciprofloxacin irrigation.

Titanium Abutment was milled chairside and was fixed over implant at 25ncm torque. The abutment screw hole was packed with Teflon tape. The coronal portion of the tooth was cleaned with antiseptic solution (Ciprofloxacin), after bond, a flowable composite was placed over the palatal side of the crown portion and placed inside socket buccal to abutment and cured. The assembly of abutment and crown was unscrewed from the mouth and mounted on a lab analogue. Special attention was paid to the emergence profile of the provisional implant crown. At the subgingival portion, a concavity was designed to avoid placing any pressure on the root fragment. To ensure ideal support of the soft tissue, the marginal portion corresponded exactly to the extracted tooth (or with a slight positive contour). Follow-up examinations were performed 24 hrs. (Fig 18 -32)

The patient was from another state, so he was kept under observation at 7 days, 1 month, 2-month intervals by another dentist at his native place and was recalled for final prosthesis after 3 months.

The patient reported 3 months later with the satisfactory hard & soft tissue healing. Implant level open tray impression was taken and the master cast was obtained. Next, using a castable abutment, a screw-retained PFM prosthesis was made.

All postoperative instructions were given about the maintenance and recall visits. Recall period was scheduled as once in 3 months for the first year, and thereafter, once in 6 months with clinical & radiographic examination.

The case illustrates the technique for preserving a buccal root segment in conjunction with immediate implant placement and provisionalisation using natural tooth portion. A complete prosthetic protocol is also illustrated using images of step by step technique. The socket shield technique is a valuable technique to minimize buccal contour changes after tooth extraction, leading to increased volume stability of the mucosa adjacent to the inserted implant. 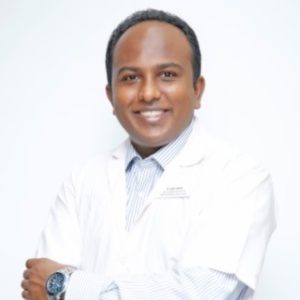 Dr Akash Akinwar is a Mumbai based periodontist & implantologist, who is also known for pioneering the popular concept Mobile Dental Photography (MDP). He is the recipient of “Oral & Maxillofacial Pathology” award at International Case Report Conference “Showcase 2015” at Chennai, the recipient of “Implantologist of the Year 2016 (Special Jury Award)” by Famdent (Dec 2016). He has co-authored a chapter in the book “Clinical Fixed Prosthodontics” (2017), authored by Dr Moez Khakiani. Dr Akash conducts basic and advanced courses in implantology. He can be contacted at www.drakashakiwar.com