Authors plan the 3D-printed activator for routine use to improve the overall efficiency of Class II discrepancies with mandibular deficiency.

Innovators of 3D-printed activator appliance, Dr. Akshay Parmar and Dr. Krishnakumar Jaju, say that it can be efficient and effective in improving the sagittal molar relationship for the treatment of Class II skeletal malocclusion.

Why did you create it? 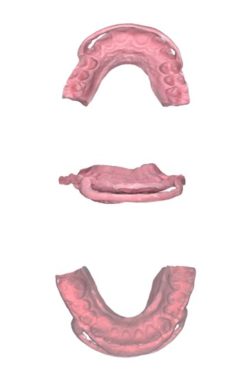 Class II malocclusion presents a major and common challenge to orthodontists. Class II discrepancies with mandibular deficiency during active growth are usually treated using myofunctional appliances. In patients, who have not yet crossed the adolescent growth spurt, removable functional appliances such as Activator, Bionator, Twin Block, and Frankel may be used.

The activator appliance which was designed by Andresen and Haupl (1908), has been proved a popular and clinically successful appliance. The complexity in the lab procedure and ill-fitting of the appliance made us think of fabricating the activator by 3D printing.

What problem does it solve?

The warpage of the wax during the transportation of the bite is avoided. The conventional method of impression making is eliminated as the impressions are made using an intraoral scanner. Chairside time consumed for constructing the bite is reduced. Human errors, such as porosity which is seen in the appliance while fabricating using the conventional method, are eliminated. It can be easily refabricated if lost or damaged. There is a precise fit and enhanced accuracy of the appliance compared to the conventionally fabricated appliance. Finishing and polishing time is reduced.

How did you test it? 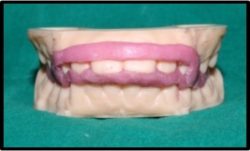 The appliance was designed virtually on the upper and lower models. A prototype of the activator was then fabricated using the same 3D printer. The prototype was used to check for the fit and finish on previously printed reference models. The activator was printed using a 3D printer with a biocompatible resin material. 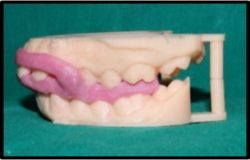 Antero-posterior correction of buccal segments was achieved after eigth months of full-time wear. In occlusion, there were substantial lateral open bites and minimal functional occlusal contacts. Hence we concluded that a 3D-printed activator appliance can be efficient and effective in improving the sagittal molar relationship for the treatment of Class II skeletal malocclusion. 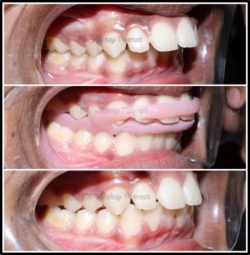 We have already completed the evaluation of this 3D-printed activator and have received promising data. We hope to achieve positive results which can help us in promoting our 3D-printed activator for routine use thus improving the overall efficiency of Class II discrepancies with mandibular deficiency.

With the rising cases of COVID-19 globally and the constantly evolving variants of the SARS-COV-2 virus, an end to this pandemic seems to be uncertain. Amidst this uncertainty, a Vancouver-based biotech company 'SaNOtize Research & Development Corp. (SaNOtize)' has come up with a new ray of hope in the form of Nitric Oxide Nasal Spray (NONS), which could prevent SARS-CoV-2 transmission and shorten the COVID-19 course. It can also reduce the damage and severity of the COVID-19 symptoms in individuals already infected.

Evidence based approach: Effect of far UVC light on coronaviruses in aerosols: A step-wise summary

This is an evidence-based approach to summarize the virucidal effect of far UVC light on the viruses in general, and the novel coronavirus in particular - including those present in aerosols. All PubMed and DOI links embedded in the article. The PDF version of this article can be downloaded from Dr. Rajeev Chitguppi's Researchgate.

How to use Ultraviolet light (UVC) to fight COVID-19 effectively in dental clinics: Dr Ajay Bajaj

Dentistry, labelled as the highest-risk profession in COVID-19 times because of the aerosol spread in the clinic, has forced dental professionals to look for tools that guarantee total elimination of the virus risk. Among the various technologies being considered, ultraviolet light (UV-C) disinfection has gained favour due to its efficacy against a broad range of microbial and viral agents found in a variety of environments.

Ankit’s back-zip PPE: A modification in the PPE to minimize the cross-contamination & virus spread

Healthcare workers (HCWs) spend a lot of time up working in close proximity to their patients, which is a high-risk activity. Standard Personal Protective Equipment (PPE) have been recommended for the healthcare setting, but donning and doffing of the PPE has its own challenges.  Clinicians and their assistants need to be careful while removing the PPE so that they can minimize cross-contamination. Dr Ankit Desai (Periodontist, Surat) suggests a small modification in the PPE design that can significantly reduce this risk.