This new book by Dr Smitha Gowda & Anela Thomas explores the pro-tumourigenic & anti-tumorigenic roles of B lymphocytes in a tumour microenvironment.

Immunotherapy is once again an emerging trend in cancer therapeutics, as an effective measure to reduce the mortality & morbidity rates. Evidence is evolving at a faster rate on the potential role of immunotherapy in the complete recovery from a tumour and its possible recurrence. T cell-based immunotherapy has been recognized for its role in curbing the tumour progression rate. However, the role of B cells is still controversial. This new book by Dr Smitha T & Anela Thomas explores the pro-tumourigenic & anti-tumorigenic roles of B lymphocytes in a tumour microenvironment.

Oral Squamous Cell Carcinoma (OSCC) is one among the commonest cancers occurring globally, the prevalence and incidence of which are frequently reported in various parts of the globe. OSCC is generally associated with habit history Indian subcontinent. Emerging treatment strategies are focused on finding a better cure for the disease so as to reduce its current load of mortality and morbidity.

Immunotherapy is one of the most important arenas in treating patients for better prognosis and reduced reoccurrence rate. The concept of immunotherapy is based on the body innate ability of ‘immunosurveillance’. Immunosurveillance is defined as the ability of the body to recognise self and non-self. This is brought through the coordinated activities of both innate and acquired immunity. The principal cells that take part in this response are primarily B cells and T- cells.

The immune response of both B cells and T cells is an indispensable entity present within the tumour microenvironment. The role of T-cells are been widely studied and discussed globally. CD8+ T cells utilize T cell receptors (TCRs) to recognize MHC-presented peptides and subsequently mount an antigen-specific cytolytic attack.

The role of B-lymphocyte is considered as controversy still. The expression of both characteristic roles of B-lymphocyte as a pro-tumorigenic and anti-tumorigenic entity is critical  However these properties can be reconsidered to improvise our existing immunotherapeutic strategy. The anti-tumorigenic response of B-lymphocyte is mainly based on the production of tumour-specific antibodies. As in any other regular pathogenic infection, it evokes the patient’s innate immunity to resolve the infection by itself through recognition of antigen and producing antibodies against it. It is mediated through the pathway of Immunoglobulin G dependent antibody production. And thereby, the body develops a permanent resistance towards the causative agent. The production of tumour antigen and tumour-associated antigen is also crucial for activating the immune system. The potent cytotoxic function of Immunoglobulins can be therapeutically targeted to produce tumour-specific cytotoxic antibodies and enhance the tumour response of the tumour.

On the other hand, the pro-tumorogenic responses include the production of various cytokines and interleukins especially IL 35, TGF-β and IL- 10, that aids in tumour progression. The various B-cell regulatory subtypes also promote metastasis through the activation of various angiogenic and pro-inflammatory factors. Secretion of IL-8 and vascular endothelial growth factor can promote angiogenesis and tumour growth. The presence of chemokine CXCL-13 is closely contributed as a factor for tumour progression along with various lymphotoxins such as STAT3, NF-κβ etc. Tumour B regulatory lymphocytes are also closely associated with the activity of TGFβ which suppresses the anti-tumour response through the up-regulating activity of ROS and NO production.

The variable dynamic nature of B-lymphocyte can be selectively activated or suppressed through targeted therapy. Illustration of Biagei et al is the first clinical trial cancer vaccine that used CD 40 cells as a cellular adjuvant in cancer regression therapy. 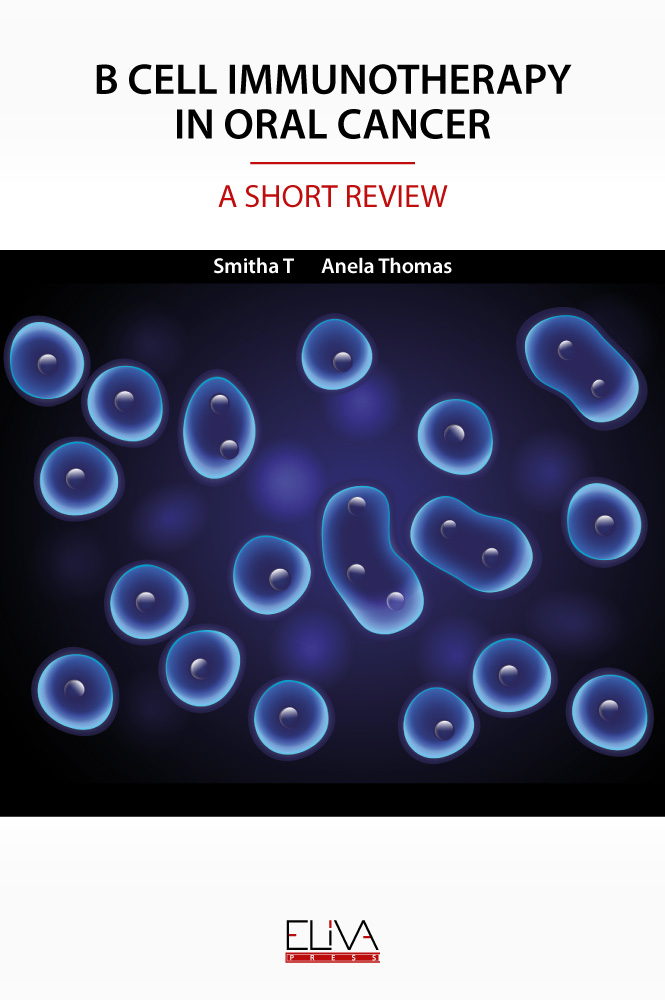 The determination of the actual functionality of B-lymphocyte in the tumour microenvironment is highly critical and recommended. The need in identifying the pro-tumorigenic B cell markers to elucidate a criterion in isolating them and separating them within the tumour microenvironment is much prescribed.  The knocking off pro-tumorigenic response can also be an important part of the genetic study can help in switching of cancer from an immune-resistant state to an immune susceptible state can also be possible for the most favourable outcome in immunotherapy protocols.

Possibilities of B-lymphocyte associated with immune therapy can be fairly considered as a treatment option or as an adjuvant therapeutic aid in the present scenario. The factor of feasibility if isolated within the patient’s own body can also play a very determinable role in avoiding chances of unwanted immunoreactions and better systemic revival of the patients through an innate immune response. This could also reassure the survival rate and improve the quality of life after regular treatment protocols

Information on the transmission of the SARS-CoV-2 virus has constantly been evolving right from droplet spread to the virus being declared airborne. The acknowledgment of airborne transmission prioritizes ventilation along with masks, hand hygiene, and social distancing. This article focuses on ventilation, the most critical measure to curb the spread by intentionally introducing outdoor air into closed spaces.

Interview: Fears and worries of dental students during COVID-19 pandemic

Dr Elham Kateeb’s professional career has been devoted to dentistry: She is an associate professor of dental public health and the dean of scientific research at Al-Quds University in Palestine, an elected member of FDI World Dental Federation’s Public Health Committee and a health service researcher, to name but a few of her responsibilities. She is also involved in the education of a future generation of dentists, an undertaking which is not without its challenges. The ongoing COVID-19 pandemic, in particular, has had a great impact on the way she and her students work and learn together. In an interview with Dental Tribune International, Kateeb spoke about these difficulties and of how there could be a positive outcome for the whole of dentistry.

Do you know that there are 14 already established pieces of scientific evidence to show a direct association between VitaminD deficiency & COVID19 severity-mortality? Yet, no standard guidelines available at the national or international level for common people.