Dr Peter Dawson, a pioneer in the field of TMJ and dental occlusion passed away at the age of 89. (Image courtesy: The Dawson Academy)

“There will always be only one Peter Dawson” – Dr. Nitish Surathu (Guest Editorial)

Dr Peter E. Dawson, D.D.S., (1930- 2019) - a dental industry pioneer, who was globally acclaimed as one of the most influential clinicians and teachers in dentistry, passed away on 27th July 2019 at the age of 89. He will be remembered for his great contributions to the fields of TMJ, occlusion and restorative dentistry. In his illustrious career of over 60 years, Dr Dawson wrote and published five books, including the highly acclaimed “Functional Occlusion: From TMJ to Smile Design.” He founded the Dawson Academy in 1979, that has trained over 40,000 dental professionals globally on TMJ and occlusal principles developed by Dr Dawson. His work earned him the ADA Distinguished Service Award, the highest honour given by the American Dental Association’s Board of Trustees. 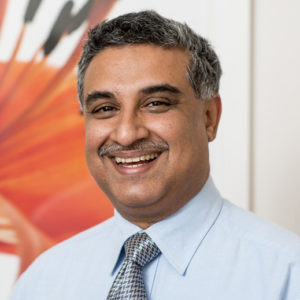 It's a great privilege to have Dr Nitish Surathu as the guest editor on Dental Tribune (South Asia) and pay his tribute to Dr Peter Dawson.

Dr Nitish Surathu completed his MDS in Periodontics in 1994. He is, by examination, an accredited Associate Fellow of the American Academy of Implant Dentistry. He is also a Fellow and Diplomate of the International Congress of Oral Implantologists.  In 2009, he completed the New Zealand Dental Registration Examination process and now maintains a private practice in Gisborne, New Zealand.

A stellar clinician and a great speaker, Dr Nitish has lectured around the world on periodontics and dental implants. He has also travelled all around the world and interacted with most of the internationally acclaimed clinicians and educators, including Dr. Peter Dawson.

'It is my absolute privilege to be invited to be the Guest Editor for this issue of Dental Tribune South Asia and write a tribute to Dr Peter Dawson.

I first had the privilege of meeting Dr Dawson in October 2011 when I attended his very well known symposium on Functional Occlusion – From TMJ to Smile Design in St Petersburg in Florida. It was my first introduction to this great man and the Academy he had helped to found, based on his many years of hard work and research.

I remember being surprised when I finally met him. Somehow, I had unconsciously expected to meet a stereotype in my mind of a charismatic and dynamic man! And while Dr Dawson is certainly both of those in his own way, the quality that first struck me when I met him was his humble and down to earth nature. He was always a gentleman first, a kind man who had time for everybody who came up to him and soft-spoken words of encouragement for anyone who cared to listen to his words of wisdom.

There was never any sense of coercion or persuasion to ‘believe’ in his philosophy of care, only a humble sharing of what God had taught him in his life.

It endeared him to many and made him the influential figure he was in dentistry. And yet he never exploited that influence for any reason, commercial or otherwise.

Over the years I met him a few times, most memorably when he unexpectedly came in for an afternoon on a Comprehensive Examination and Records course at the Academy in 2012. By then he had slowed down with his speaking commitments as he was taking care of his wife.

I remember sitting and discussing the Piper classification with him and his lucid soft-spoken explanation that sorted several lacunae in my understanding. It was this kind of interaction that will always cause me to remember him as the human being he was first, before I think of him as a gifted dentist, author or speaker.

He modelled his faith and beliefs in every way and am sure he would rather be remembered for that, more than anything else.

As I write this editorial, am sitting with my good prosthodontist friend Dr Ali Tunkiwala in New Zealand and we both cannot help thinking of the influence he has been on our professional lives as well. Dr Dawson laid the foundation for much of what has come to be known as the field of Occlusion and Oral rehabilitation. There isn’t a prosthodontist in the world who will not acknowledge that, regardless of whatever philosophy of care they subscribe to.

In that sense, he was probably one of the single greatest influences on dentistry in this generation and there are so many who will proudly carry the torch of his legacy for many more that follow. There will always be only one Dr Peter Dawson.

We have lost a giant of a man but to paraphrase Newton, we will always see further because we stood and will continue to stand on his broad shoulders.'

If a risk-analysis based test/ protocol is made available, which can accurately identify Covid-19 infected individuals, a method so foolproof that doctors can treat their patients with 100% confidence using all medical & dental aerosol procedures, will you incorporate it in your practice?

The use of Hydroxychloroquine (HCQ) has generated considerable debate after the US President Donald Trump was seen pushing the drug, against the FDA warning, as a potential treatment or prophylaxis for COVID-19. World Health Organization (WHO) suspended the HCQ trials based on a report in The Lancet which published a poorly conducted study with questionable authenticity and validity. However, the Indian Council of Medical Research (ICMR) continued to recommend HCQ as a prophylactic measure against COVID- 19. Now, the latest case-control study by the ICMR clearly shows the benefits of using HCQ as a prophylactic drug against COVID -19.

LONDON, UK.: The higher education think tank Quacquarelli Symonds (QS) has published the tenth edition of its World University Rankings by Subject, which pits more than 1,300 universities against each other for the performance of their programmes across 48 subjects. King’s College London topped this year’s list for the subject of dentistry, followed by the Academisch Centrum Tandheelkunde Amsterdam in the Netherlands and the University of Michigan-Ann Arbor in the US. So how did other dental schools perform, and what does the list tell us about developing trends in higher education?

Dr Aslam Inamdar, the orofacial architect and the flag-bearer of digital dentistry from India answers the questions from the readers and the editor to give a glimpse of what he is doing currently and how he plans to take digital dentistry forward in India. Dr Aslam has completed his mastership in Clinical Implantology from Stony Brooks School of Medicine, New York. However, his niche remains Digital Aesthetic Dentistry and Smile Design, where he has trained extensively with Christian Coachman, Florin Kofar and Master Paulo Kano. Apart from being an expert in Digital Smile Design, Dr Aslam is the first Diplomat from India in Skin CAD-CAM and also in Natural Restorations. Currently, he is the only dentist from Asia to pursue Diploma in Digital Dentistry from JSI Institute, Spain. In the past few years, Dr Aslam has made multiple international visits (USA, Romania, Spain, Brazil, South Korea) to upgrade his knowledge in the fields of implant dentistry and digital dentistry. Dr Aslam has founded Rich Smile education, digital planning solution and distribution to help the dental practitioners to raise the standards of their esthetic dentistry practice and also to raise the bar of digital dentistry in India.

Dr Nyer Firdoose Chintamani Subhan, a maxillofacial and cleft surgeon from Bengaluru has published his original work on the unique discovery of ‘coronoid foramina’ bilaterally along with bilateral accessory foramina over the ‘lateral aspect of the ramus of the mandible,’ which has never been seen or documented in the literature so far in a live patient.