Pandemic causing increase in stress-related oral health conditionsCOVID-19 survivors at an increased risk of salivary gland ectasia and oral diseaseHHS launches portal for potential vaccinatorsThe mouth and SARS-CoV-2: Evidence of infected cells suggests key role in infection, transmissionStudy shows dentistry must adapt to be prepared for future crisesHow COVID-19 has forced us all to relook our practices, lives and goalsCanada invests in Septodont’s pharma division to combat COVID-19EFP survey reveals effect of COVID-19 on periodontal practiceVaccine nationalism poses threat to global healthIDS 2021: The countdown is on
Visit microsite
home / who’s who 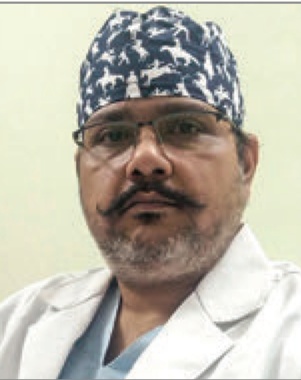 Dr. Sourav Banerjee obtained a BDS from Rajiv Gandhi University of Health Sciences in Bengaluru in India and thereafter a Postgraduate Certicate in Education (PGCE) in micro-endodontics from the University at Buffalo in the US. He studied MSc in medical microbiology form Manipal and dental implantology through Nobel Biocare and later obtained a postgraduate certicate in education and a postgraduate diploma in hospital management. He is a consultant micro-endodontist and restorative dentist at Omkarananda Dental Care & Research in Jamshedpur in India. He is a fellow of the Academy of Fixed Orthodontics and director at Dr. Sourav Banerjee’s Micro Endodontic Training Academy.

While several European and western countries are still struggling with Covid-19 cases, enforcing restrictions on social gatherings, life seems to have returned almost to normal in much of Asia, including India. There has been a surge in the reports trying to explain the low numbers in Asia, but almost all of them lack a biological mechanism behind the fall in numbers. Now, a team of Indian scientists has described a plausible mechanism responsible for the contrast in the numbers seen worldwide.

LEIPZIG, Germany: UK health authorities have administered the first doses of the SARS-CoV-2 vaccine developed by Pfizer and BioNTech, and public health bodies around the world are now authoring policy documents that will determine which groups will be prioritised in national vaccination strategies. Currently, dental staff in Australia and the US state of California are set to be included in the first phase of local vaccination plans.

One of the most critical questions the world is waiting for an answer is if the human body can mount a protective response that provides a lasting immunity against SARS-CoV-2. This understanding is crucial to the success of vaccines, the successful return of recovered patients to their pre-pandemic lifestyle, and also, how readily the world can overcome the fear of pandemic spread.

US dentistry teeters toward recovery

NEW YORK, U.S.: Dentists in the U.S. are seeing more patients despite the continued and alarming spread of SARS-CoV-2 within the country. In the same week that the daily number of new confirmed cases of COVID-19 steadily topped 40,000, analysts at Baird Equity Research found that patient volumes had increased by an encouraging rate. The analysts said that this suggested that the rising number of infections in the U.S. was not currently impacting the recovery of its dental market.